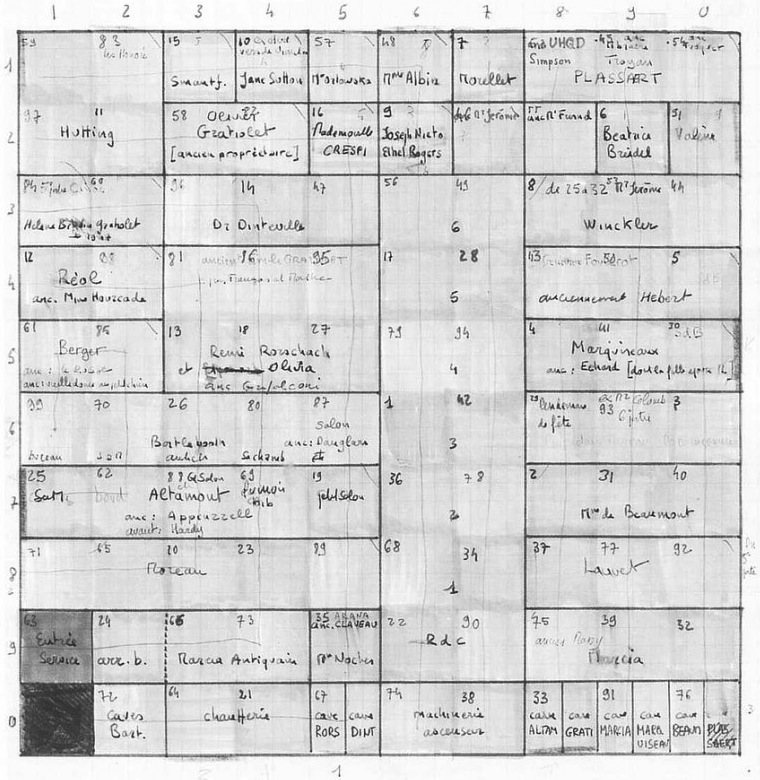 It tells you all you need to know about life.

It contains algorithms and puzzles too.

"Life A User’s Manual" is the book I’d take to a desert island. As its title suggests, it tells you everything you need to know about life. It’s also packed with great stories, and hidden inside are secret algorithms and mind-bending puzzles. 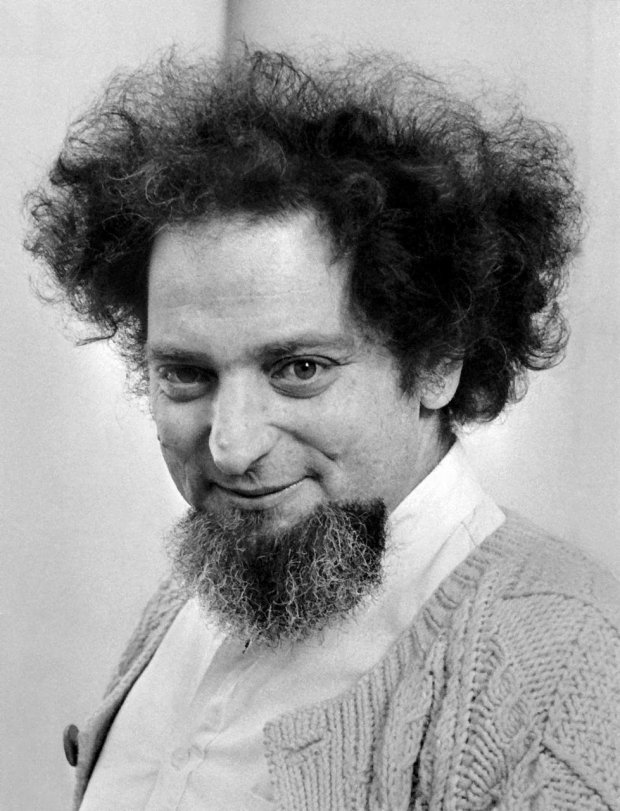 The book’s author Georges Perec was — and still is — a member of OuLiPo, a literary collective of writers and mathematicians who apply algorithms and formal constraints to works of fiction. For example:

Life A User’s Manual is a tour de force of such techniques. It’s also a knight’s tour. The diagram above shows the layout of 11 rue Simon Crubellier, Paris, where the action takes place. It’s a 10 by 10 grid. On floor 3, Percival Bartlebooth inhabits a large flat. Serge Valene, the artist, has a bedsit. Smautf, Bartlebooth’s man-servant, lives in an attic room. The basement contains cellars, lift machinery. And so on.

The knight starts in the centre of the building, on the stairs, where chapter 1 begins. Taking a step, the knight arrives in Madame de Beaumont’s flat, where chapter 2 is set. Now to chapter 3, the Foreau’s; 4, Marquiseaux; eventually finishing at chapter 99, located in the room where Percival Bartlebooth is struggling to finish a jigsaw puzzle made by the late Gaspard Winckler.

The knight’s tour will visit each square exactly once, providing an elegant route through the novel. Perec devised a more intricate scheme to furnish the chapters. Here’s an Euler square of order 5. The Latin characters A to E and the Greek α to ε are arranged so that each pair occurs once and each letter appears exactly once on every row and column. 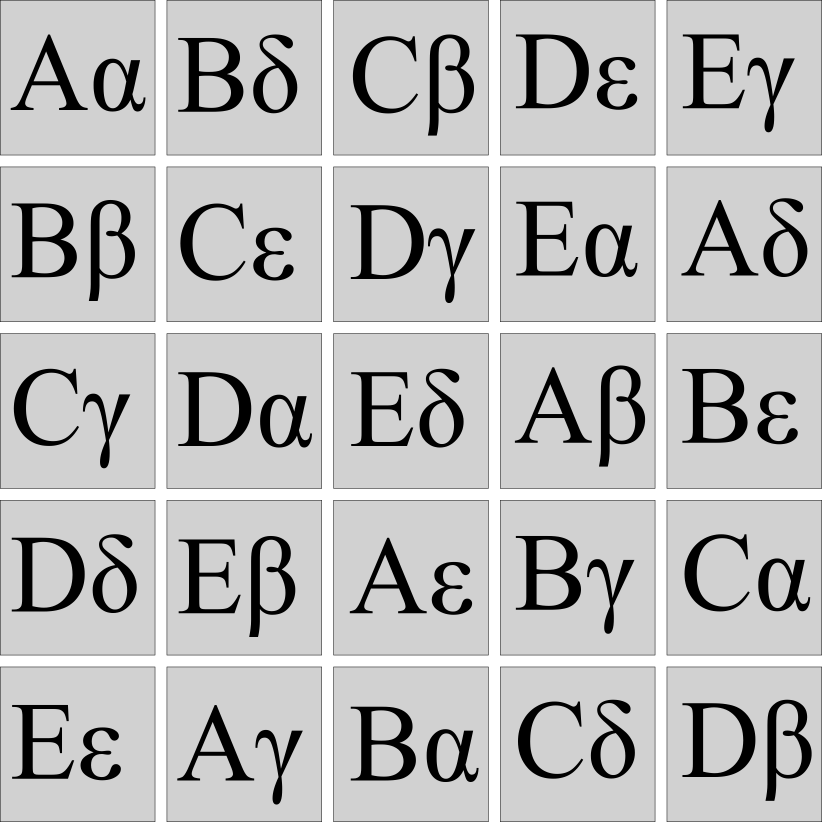 Now imagine a 10 by 10 Euler square. Euler himself couldn’t construct one and conjectured none existed, and it took 200 years before a computer program proved otherwise. Just what Perec needed! He overlaid his chess board with an Euler square of order 10 populated not by 2 lists of letters, but by 42 lists of 10 things.

The knight’s tour and Euler square form an engine which generates a text like no other. If Perec’s User Manual sounds like an elaborate catalog, well, in a sense it is; but Perec is a story teller of genius and his solution to the combined constraints is a web of interlocking stories. A page turner! If, on the first read, you can’t stop to savour the details, never mind: there’s a comprehensive index so you can return to a favourite section later. Besides, you’ll have time on your island.

Of course there’s a bug: the OuLiPo know all about the clinamen, the deviation exhibited by even the smallest sub-atomic particles. Wind the knight back to chapter 65. On the next step the knight fails to visit the bottom left corner, instead making an illegal move to a diagonal neighbour. This twist is what makes the book truly lifelike. As software developers, maybe Perec and the Oulipo have a lesson for us. Rather than despair of the bugs in our work, perhaps we should celebrate them for keeping our products real.

For more information, come to my talk “Lessons from the OuLiPo” on the 23rd April 2015 at the ACCU conference in Bristol. I'll also be giving a preview version on 21st January, also in Bristol: see the Meetup page for details. 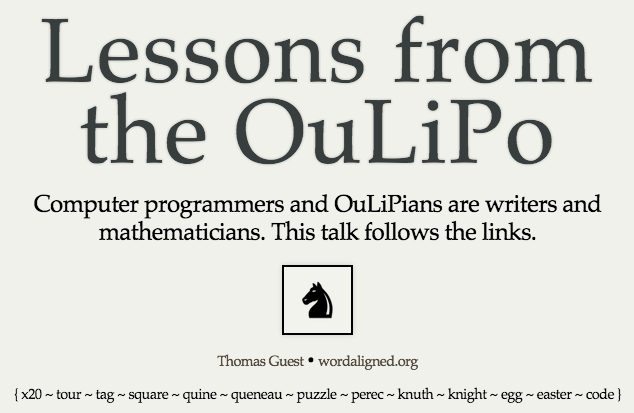